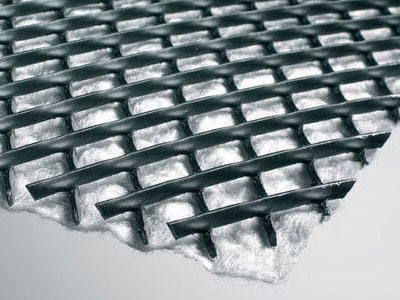 Geo Composites are formed by a combination of geotextile, acting as a filter and separator on one or both sides with a core of Geonet that is three dimensional bi-planar structure made by high-impact polymer to maintain the invariable thickness under high loading pressure and provide excellent flow conductivity. Composite allows water to pass through into the polymer core but prevent the soil particles to enter inside.

Its multi-directional flow design allows a continuous path for water discharge, eliminating the potential for hydro-static pressure build up. It allows water to pass freely into the drainage core, where it is gravity fed into the main drainage collection system.

Application
Drainage Geo-composite  : Its being used in highways and fly-overs re wall for drainage and filteration. Traditionally the filter media used with RE wall was of gravels layers which was of much more thickness and very tough to install. Geo-composite provides the filter function so this allows liquids and gases to pass into the net core but prevents soil particles from washing into and clogging the core. The net collects the liquids and gases which can then be conveyed to collection points 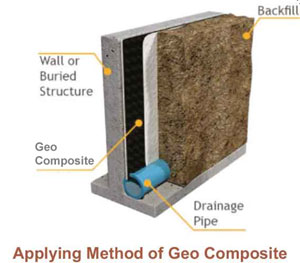 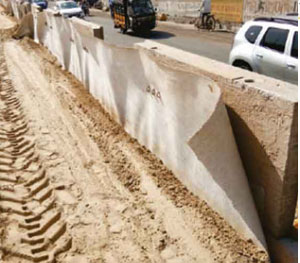 It can also be used in : 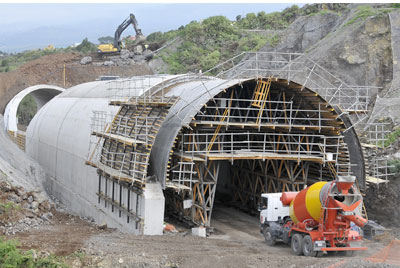 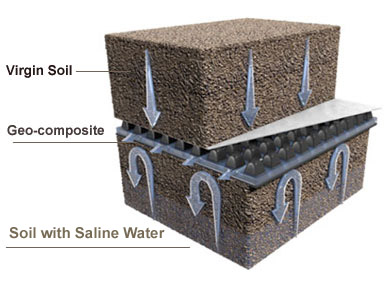 Salt Barrier : Geo-composite developed to prevent damage caused by the capillary rise of saline groundwater into virgin soil. Soft landscaping in areas with saline groundwater has traditionally required a thick layer of crushed stone to separate the groundwater and allow successful cultivation.

Salt Barrier geo composite has been specially developed to replace this granular layer and ease the construction process.

Landfills: Its also being used in landfills in the same manner to control leachate flow and gases. 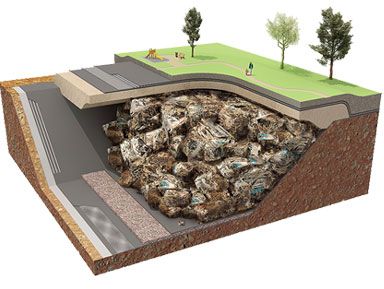 Frost Blanket : Geo-composite for mitigating the effects of frost heave. Installed horizontally, it forms a capillary break to prevent the rise of groundwater into the frost zone thereby reducing the potential for damage as a result of the freeze/thaw cycle (frost heave). 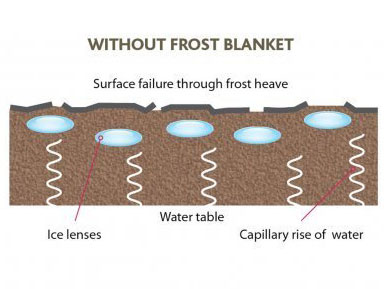 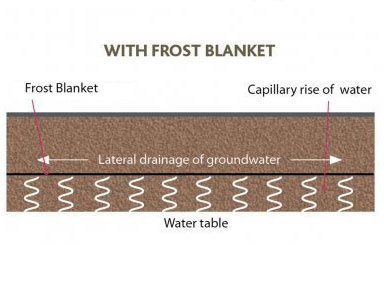